Artist of the Week - Pablo Picasso 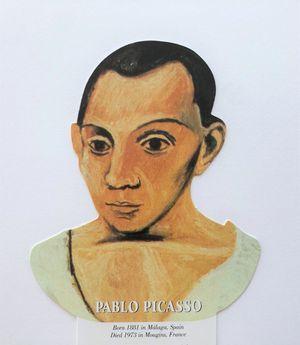 Pablo Picasso is known for his Blue Period, Rose Period and for co-founding the Cubist Movement, but when you look at his life, you find a man who deeply influenced modern art because he was willing to be deeply influenced by his emotions and express himself through his work. 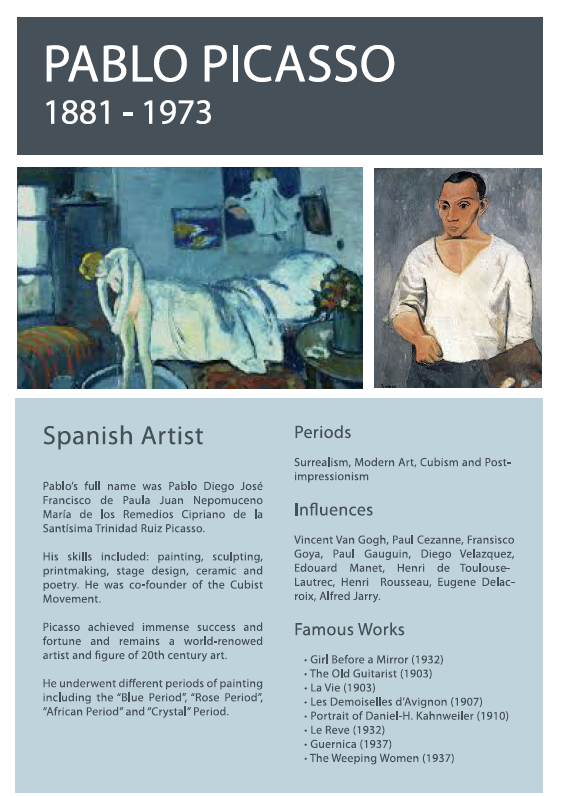